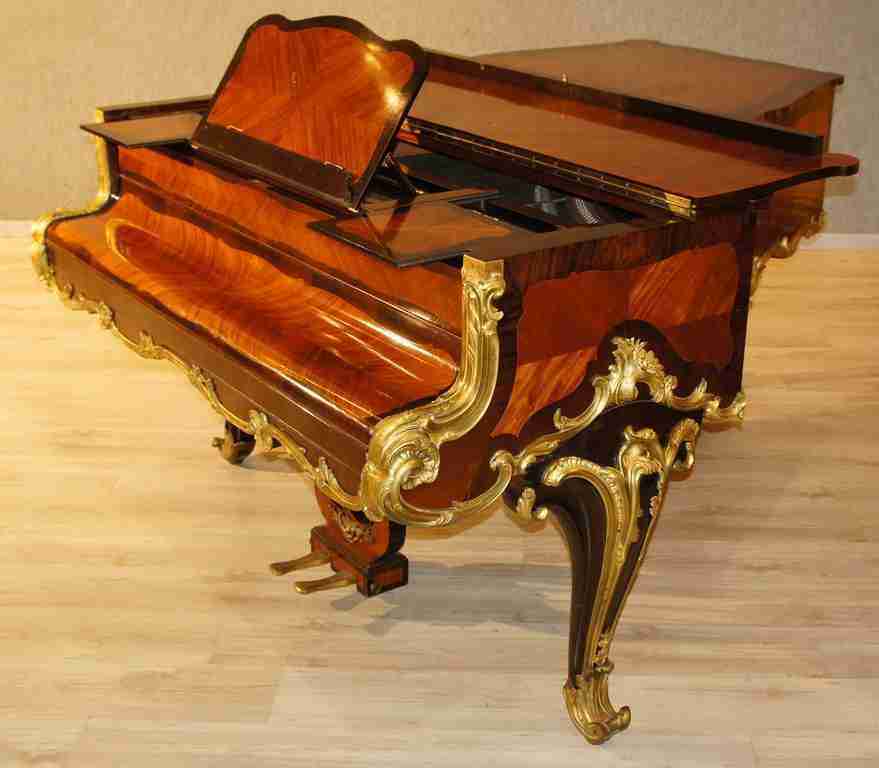 1728
Shudi started his own workshop. This was the foundation of the business now known as John Broadwood & Sons.

Young Shudi (not yet 30) made a harpsichord for Handel, who wanted to give a special present to a soprano starring in his Italian opera season in London. 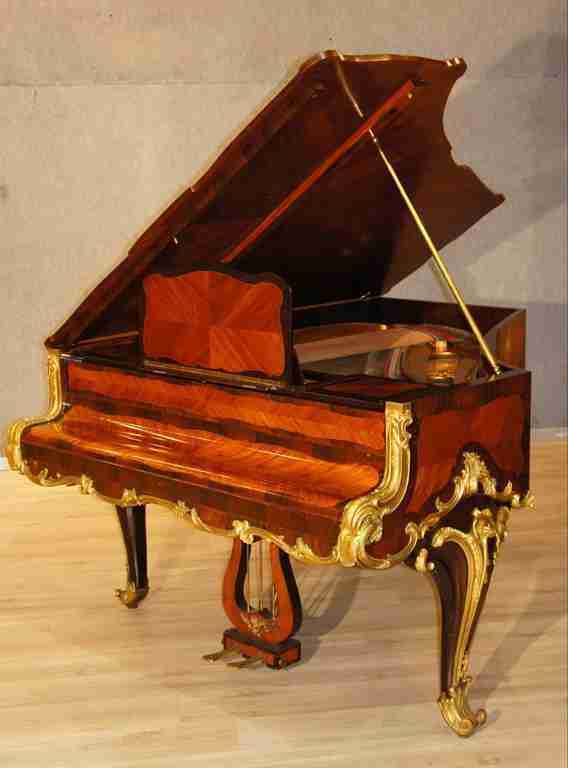 1740
Shudi built a harpsichord for Frederick, Prince of Wales (it is now in Kew Palace). Other instruments were made for his father King George II, and Broadwoods have made instruments for every British monarch since. Broadwood have held the Royal Warrant longer than any other warrant holder. 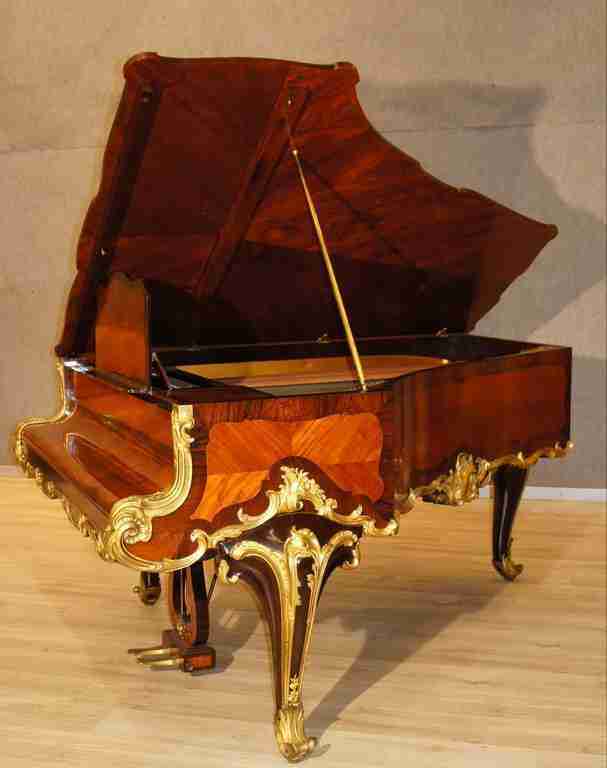 1761
John Broadwood came to London from his native Scotland to seek his fortune. Aged 29, he was the eldest son of the village “wright” or carpenter of Oldhamstocks in the Lothian hills, south of Edinburgh.

1771
Shudi handed over the running of his business to his son Burkat and John Broadwood.

1773
Shudi died, bequeathing the workshop to his son and his son-in-law John Broadwood, who became its effective head. 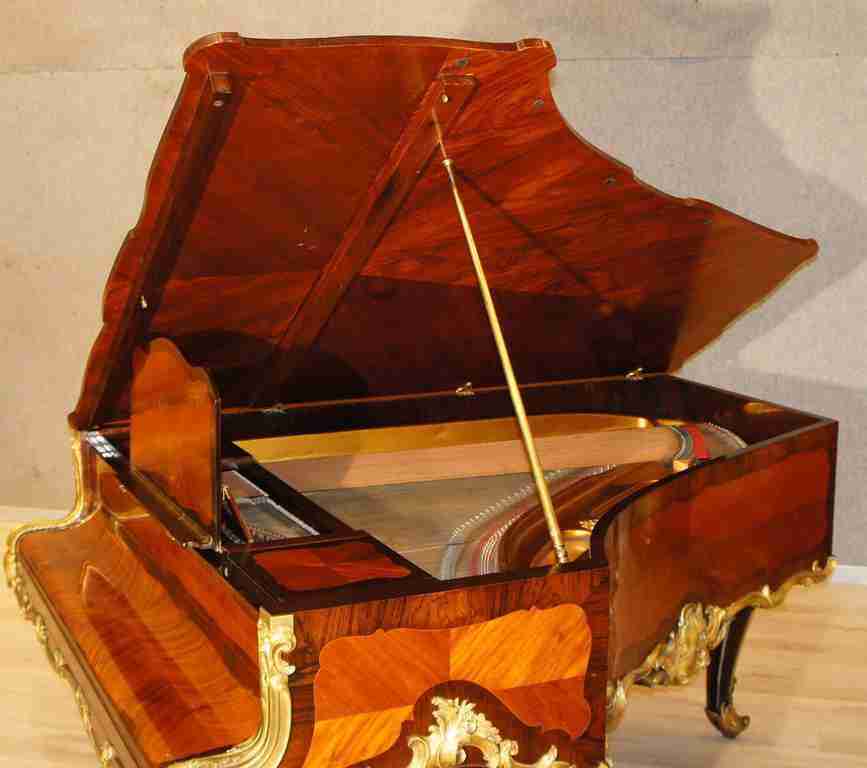 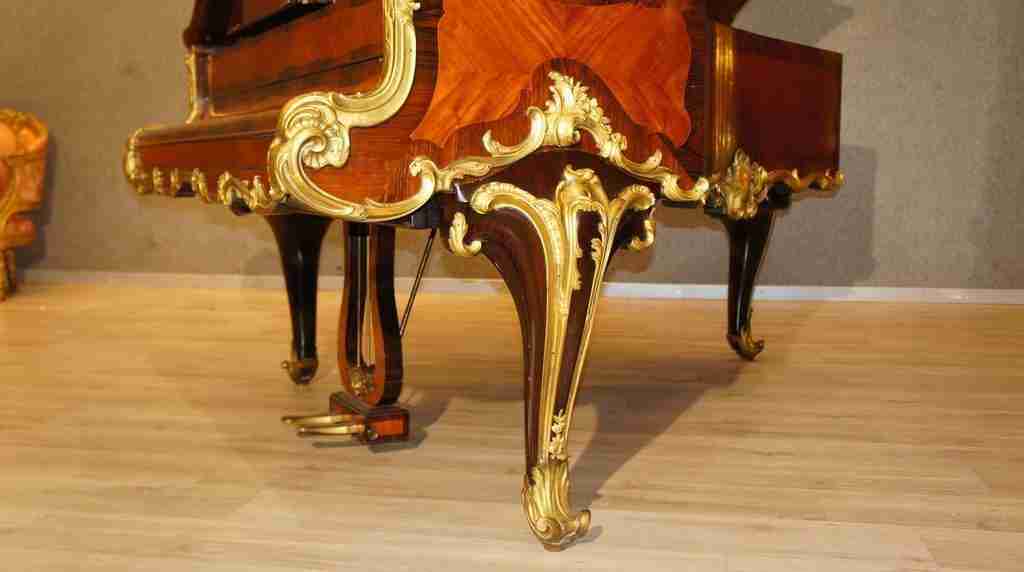 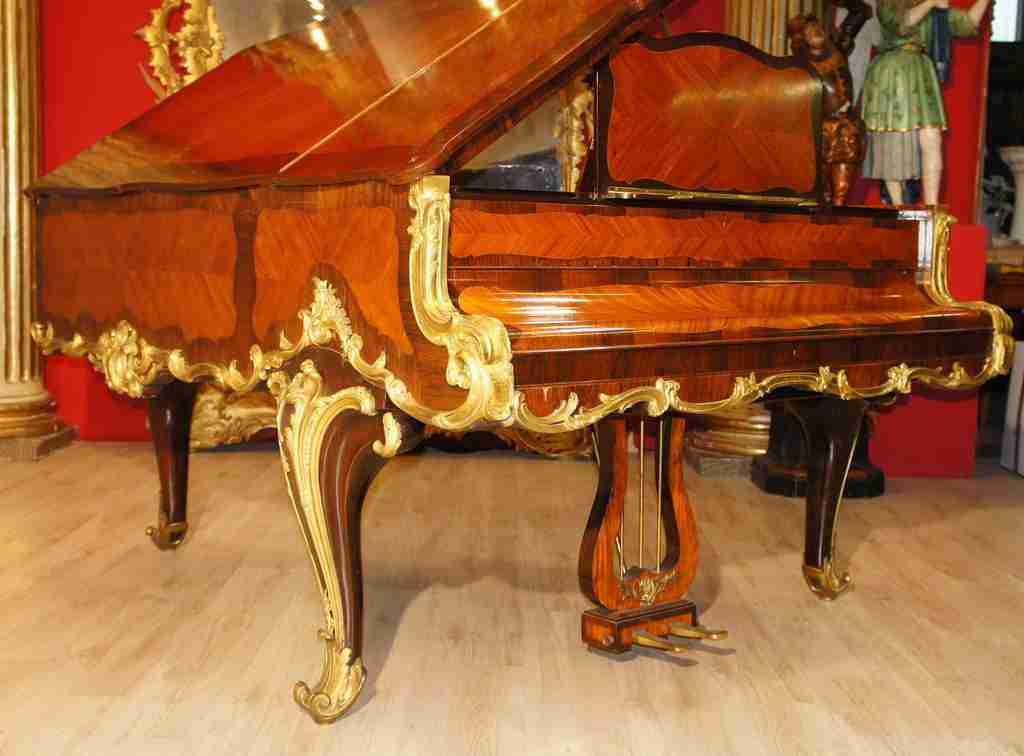 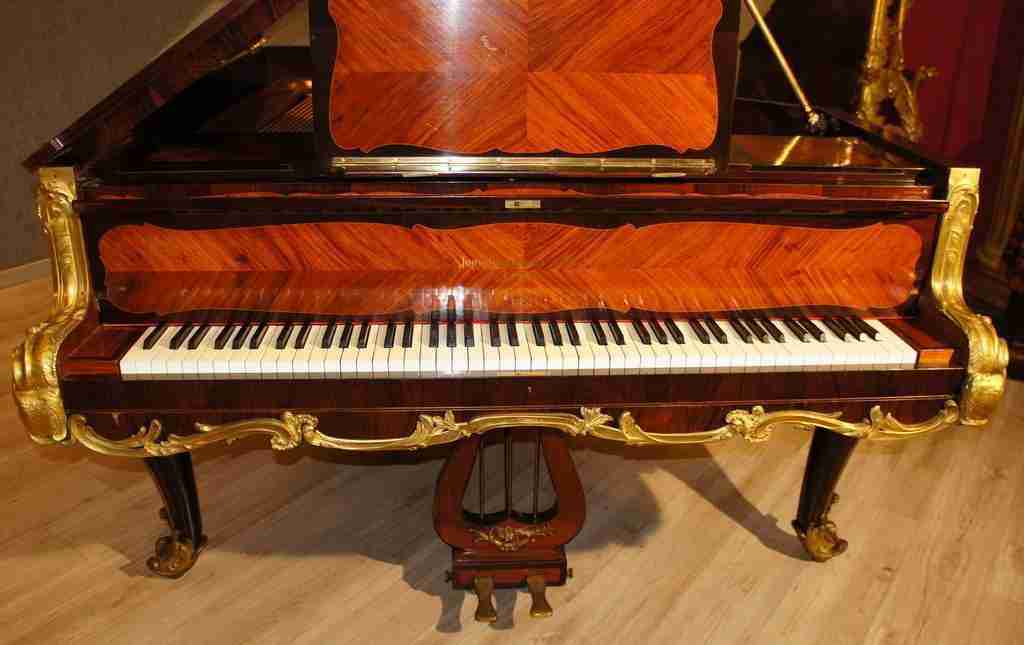 1700 – 1800
Meanwhile the ‘piano-forte’ was being developed to provide more variation of tone and greater volume than the harpsichord could offer.

The first maker to create an instrument with hammers hitting the strings was the Italian, Cristofori, musical instrument maker to the Medici family. He had made three instruments on the style of the ‘piano’ by 1709.

Pianos were developed across Europe during the 18th century. The earliest ones to come to London were ‘square’ pianos. A leading workshop (Silbermann) was in Freiberg, Germany. When this was closed down by the Seven Years War, twelve workmen (“the apostles”) came to London. One of them, Johannes Zumpe, worked for Shudi – where he would have known John Broadwood – before starting his own workshop making square pianos. They were advertised in London from 1763, and Bach’s son Johann Christian Bach played one in a London concert in 1767.

Meanwhile John Broadwood joined with another Scot, Robert Stodart, and a Dutchman, Americus Backers, to design a piano in the harpsichord case – the origin of the ‘grand’. They achieved this in about 1777.

By 1778, when John Broadwood had been in charge of Shudi & Broadwood for five years, he was not only a leading maker of harpsichords, but experimenting with the new, piano’ also (one of his own make on Zumpe’s pattern survives, dated 1774, in working order). 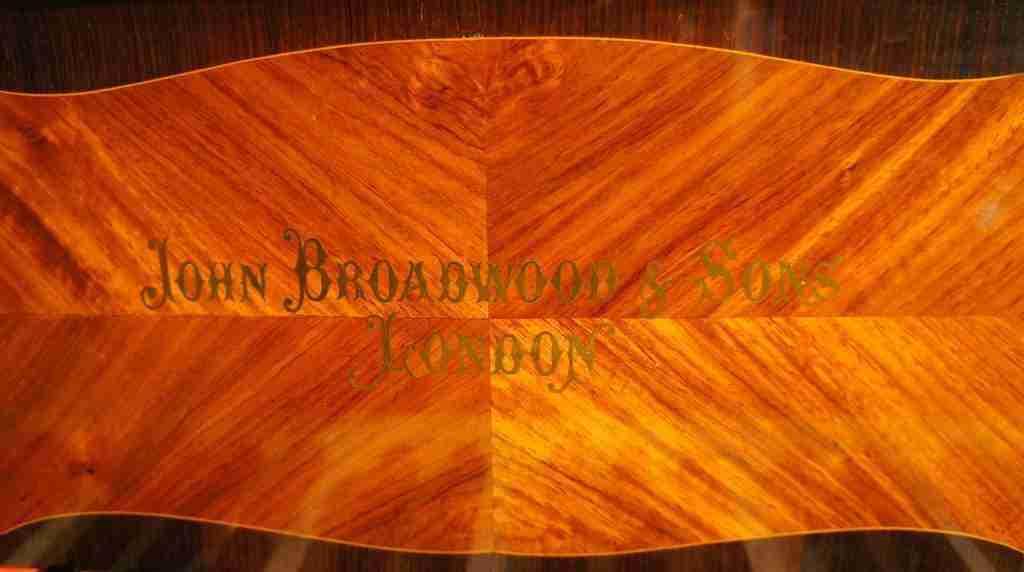 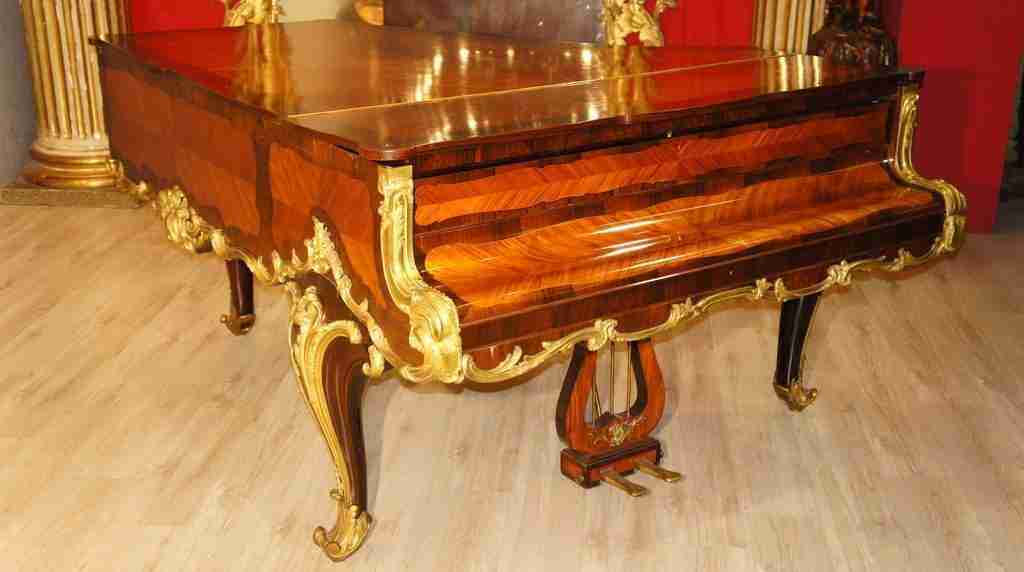 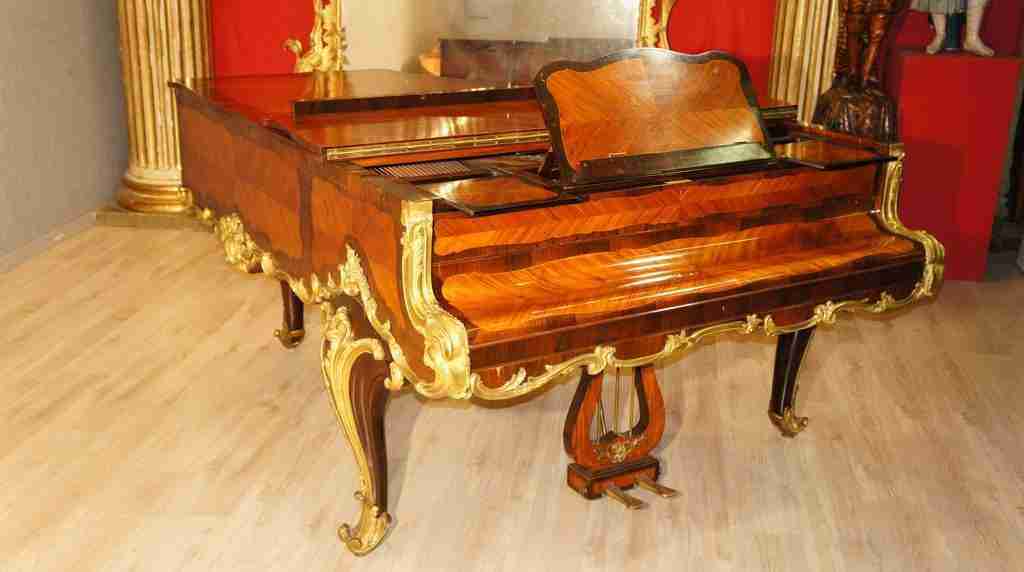 1774
Broadwood supplied harpsichords to the painters Reynolds and Gainsborough, and Josef Haydn in Vienna ordered one. He was also exporting to Russia, Denmark, Portugal, Italy, France, the West Indies, and America (where his agent was John Jacob Astor).

1783
Broadwood patented improvements in the piano, particularly the brass under-damper that made the square much more stable, and the English double action.

1784
By this date, Broadwood was making more pianos than harpsichords. In this year he sold 38 harpsichords, and 133 pianos, having increased production ten times in twelve years.

1788
Broadwood commissioned scientific research (Royal Society and British Museum) on the improvement of the piano. This resulted in the introduction of the ‘divided bridge’ on the grand, which improved the bass tone.

1793
Last Broadwood harpsichords made. Other makers continued (e.g. Kirkman), but went out of business as pianos took the market.

1796
A grand made as a present for the Queen of Spain, the case designed by Thomas Sheraton with Wedgwood medallions (now in the Boston Museum of Fine Art).

1798
Main production, the grand and square. Not yet the upright, although the ‘upright grand’ was introduced – a grand on its end, over 8 ft high. Important customers included the wives of Nelson and Wellington.

1817
Thomas Broadwood, touring Europe after the Napoleonic Wars, visited Beethoven in Vienna, and in 1818 sent him a 6 octave grand, triple-stringed (now in the National Museum of Hungary, Budapest). It was later owned by Liszt.

1820-30
Introduction of metal bars to the grand, and metal stringplate to the square, giving greater power and volume.

1836
Henry Fowler Broadwood (eldest surviving son of James Broadwood) joined the partnership, which he led through the century.

1840
Queen Victoria married Prince Albert, who bought a Broadwood square for Buckingham Palace, where the young couple made music with Mendelssohn.

1842
2,500 pianos a year were being made in the great factory in Horseferry Road, Westminster. Broadwoods were one of the twelve largest employers of labour in London, in an industry that was still craft-based with all parts made in-house. A picture of a Grand circa 1831

1845
H F Broadwood commissioned scientists for advice, leading to the creation of a bolted iron frame for the grand, to rival the introduction of the American cast-iron frame.

1848
Chopin provided with three Broadwood grands for his British tour – for his London lodging, London concerts, and Scottish concerts.

1856
The Horseferry Road factory burnt down. Only about 200 pianos salvaged. Production continued elsewhere until the factory could be rebuilt.

1860s
Broadwood craftsmen formed their own band, conducted by Mr Sullivan of the Royal Military School of Music, whose son Arthur played the big drum (to be the musical partner in Gilbert & Sullivan). A grand piano in satinwood, inlaid “in the style of Sheraton,” designed by the Broadwood workshop to the order of Richard D’Oyly Carte, who was the impresario of Gilbert and Sullivan’s Savoy Operas, and the first Chairman of the Savoy Hotel. The piano is now in the Royal Suite at Claridges, London.

1866
The last square made by Broadwoods – overtaken in the home by the ‘cottage upright’.

1867
At the Paris Exhibition, the Emperor Napoleon II presented the Gold Medal to Henry Broadwood.

1878
Grands were designed in ‘special’ cases for the artist Lawrence Alma Tadema, Edward Burne-Jones and William Morris. Other customers in this period included Conan Doyle, Henry lrving, and Edward Elgar

1886
Liszt played a Broadwood grand on his last visit to London.

1888
Broadwood patent for improvements in the metal frame, leading to the ‘barless’ concert grand, with overstringing (despite challenges from Germany and America). You can buy this book The Broadwood Barless Piano by Alastair Laurence

1890s
‘Special’ cases designed by the leaders of the arts-and-crafts movement, including C R Ashbee and Hugh Baillie Scott.

1901
John Broadwood & Sons was listed as a limited company

1902-10
Player-pianos made. In 1910, a Broadwood player-piano went on Captain Scott’s Antarctic expedition, was taken to the first base-camp, and played on the ice.

1914-18
Factory turned over to aircraft manufacture. It is said that the early biplanes were held together with piano-wire: they were.

1919-39
Difficult times for the piano trade generally. Broadwoods diversified (briefly) into gramophones. Production moved to Hendon. A new independent factory was opened on a modest scale in Acton in 1939, under the chairmanship of Captain Evelyn Broadwood).

1977
‘Silvered frame’ Broadwood grand accepted by HM the Queen for Balmoral to mark the Silver Jubilee.

1978
250th Anniversary of John Broadwood & Sons marked with a concert on the South Bank (at which Malcolm Binns played five Broadwood pianos made between 1787 to 1978) and a dinner at The Savoy, where a congratulatory message from HM the Queen was read.

1981
Broadwood grand accepted as a wedding present by the Prince and Princess of Wales for Kensington Palace.

1986
Broadwood upright designed by Viscount Linley and his partner Matthew Rice. This was produced as a limited edition in sycamore veneer with ebony banding and marquetry panels.

1997
A new ‘barless’ grand is added to the product range and receives its debut at a concert at the Royal College of Music, London, on the 27th November of that year.

2003
Broadwood piano production now commences in a small factory at Moss in Norway. The famous `green frame’ upright is revived and one of these is supplied to the new Norwegian Opera House in Oslo.

2008
For the first time in many years, the Company changes hands. The new chairman is Dr Alastair Laurence, and his son Sam Laurence becomes company secretary. In fact, the Laurence family ties with Broadwoods go back to the year 1787. To coincide with the change in ownership, new restoration and conservation workshops are under construction at Finchcocks, Goudhurst, Kent, England. 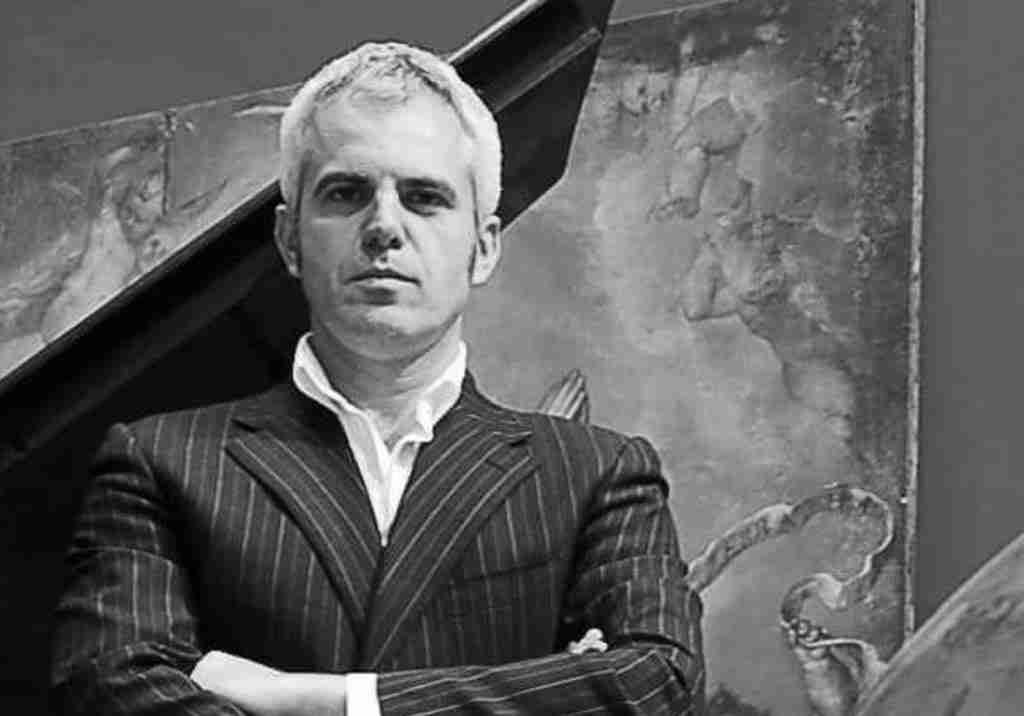 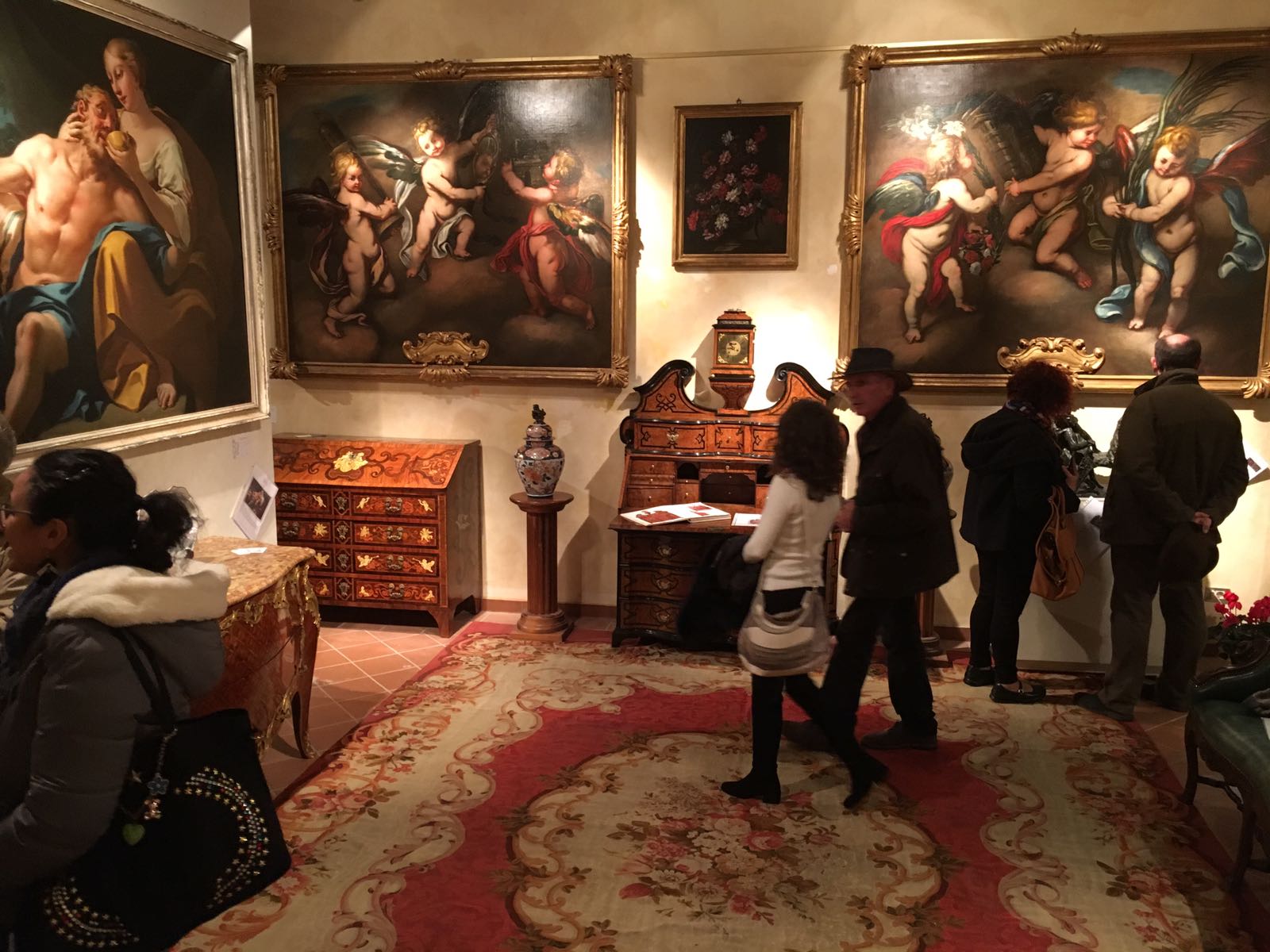 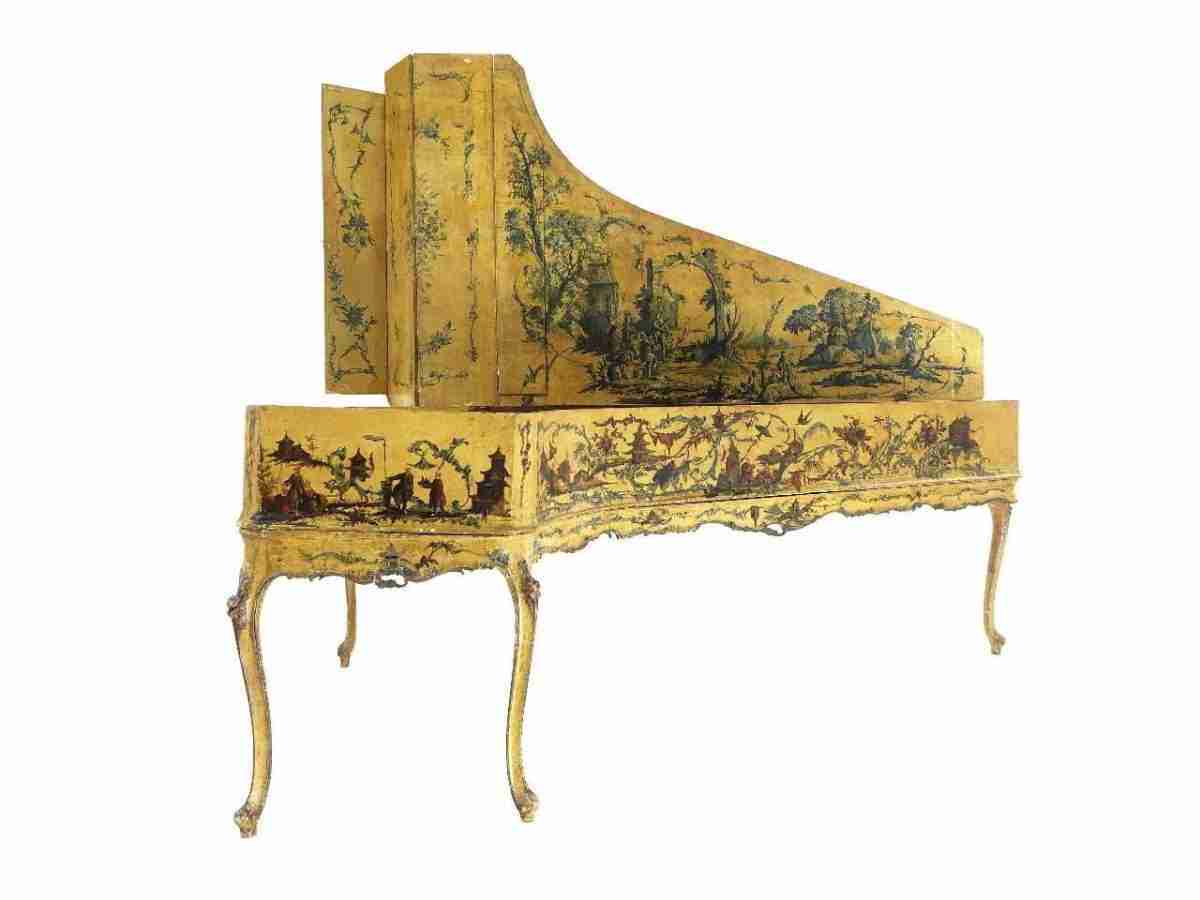 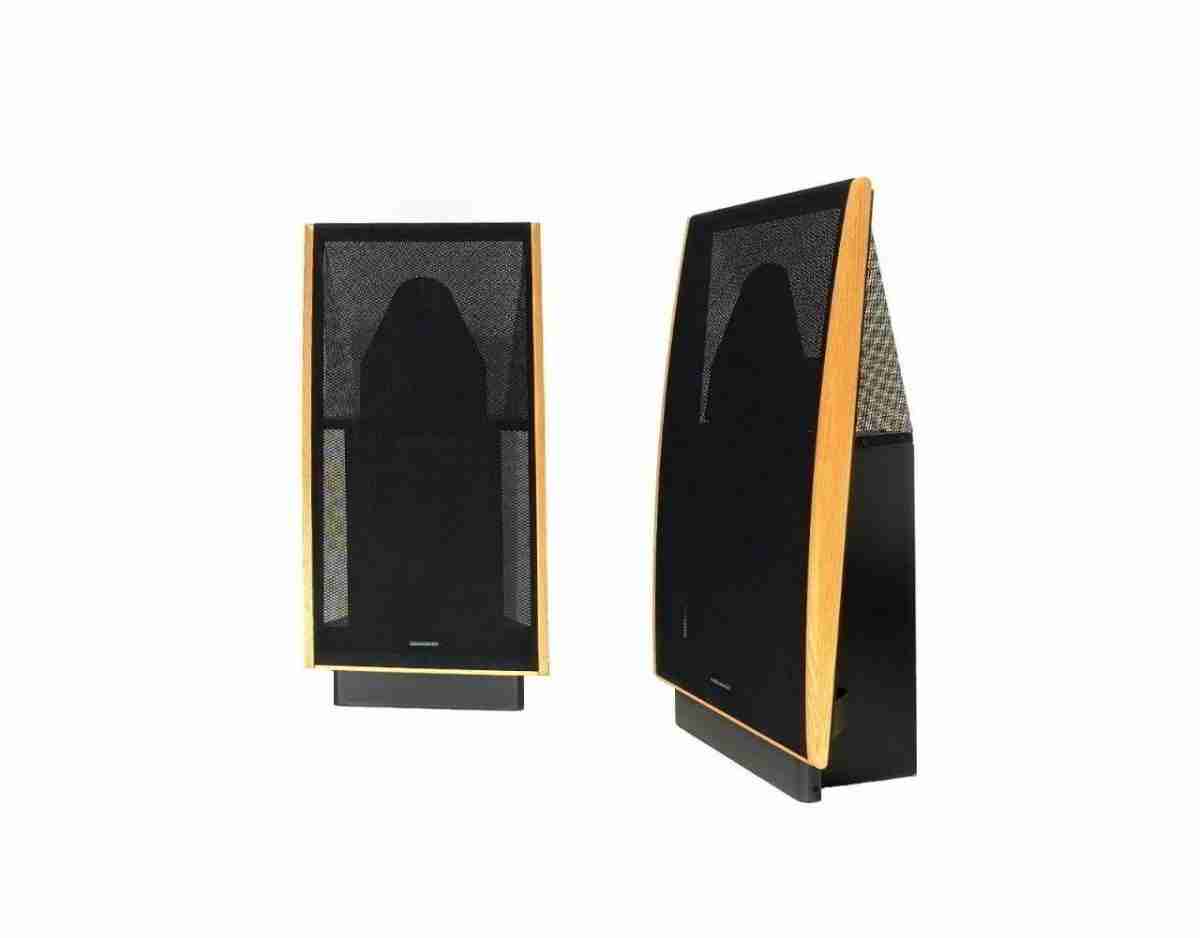 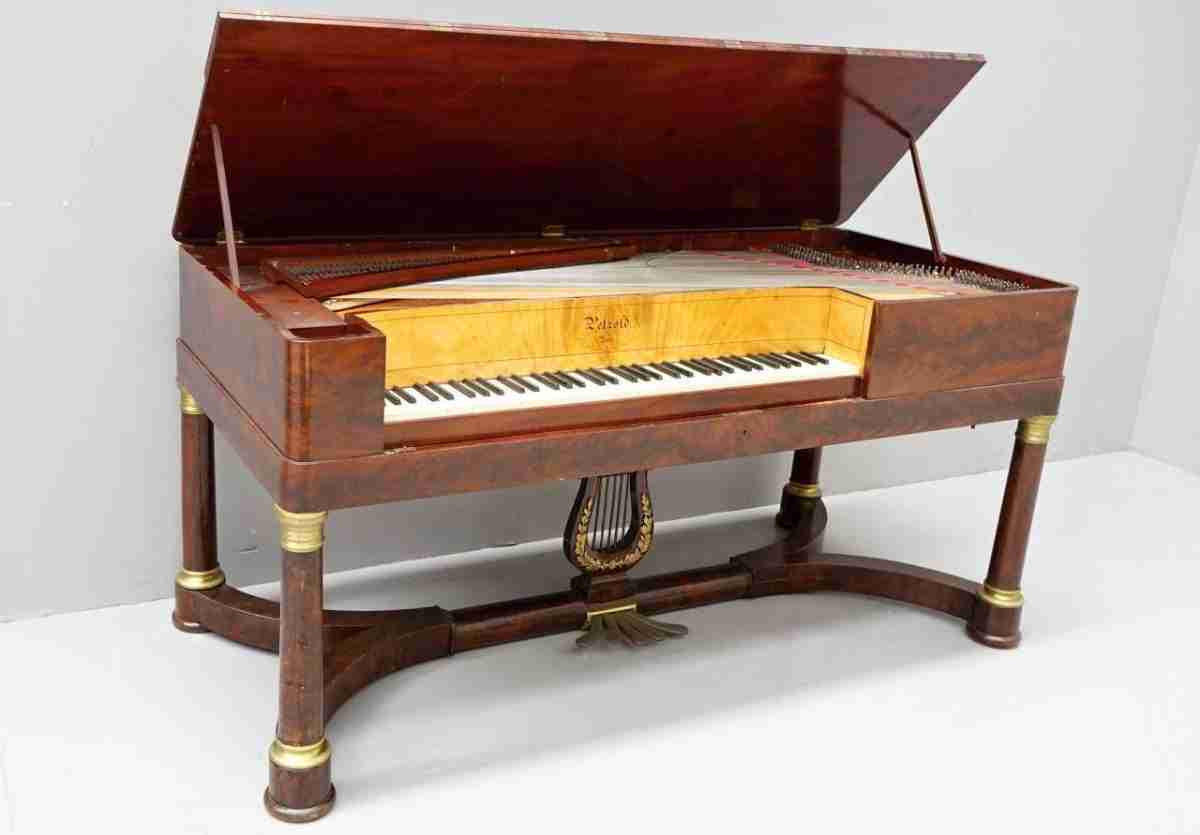 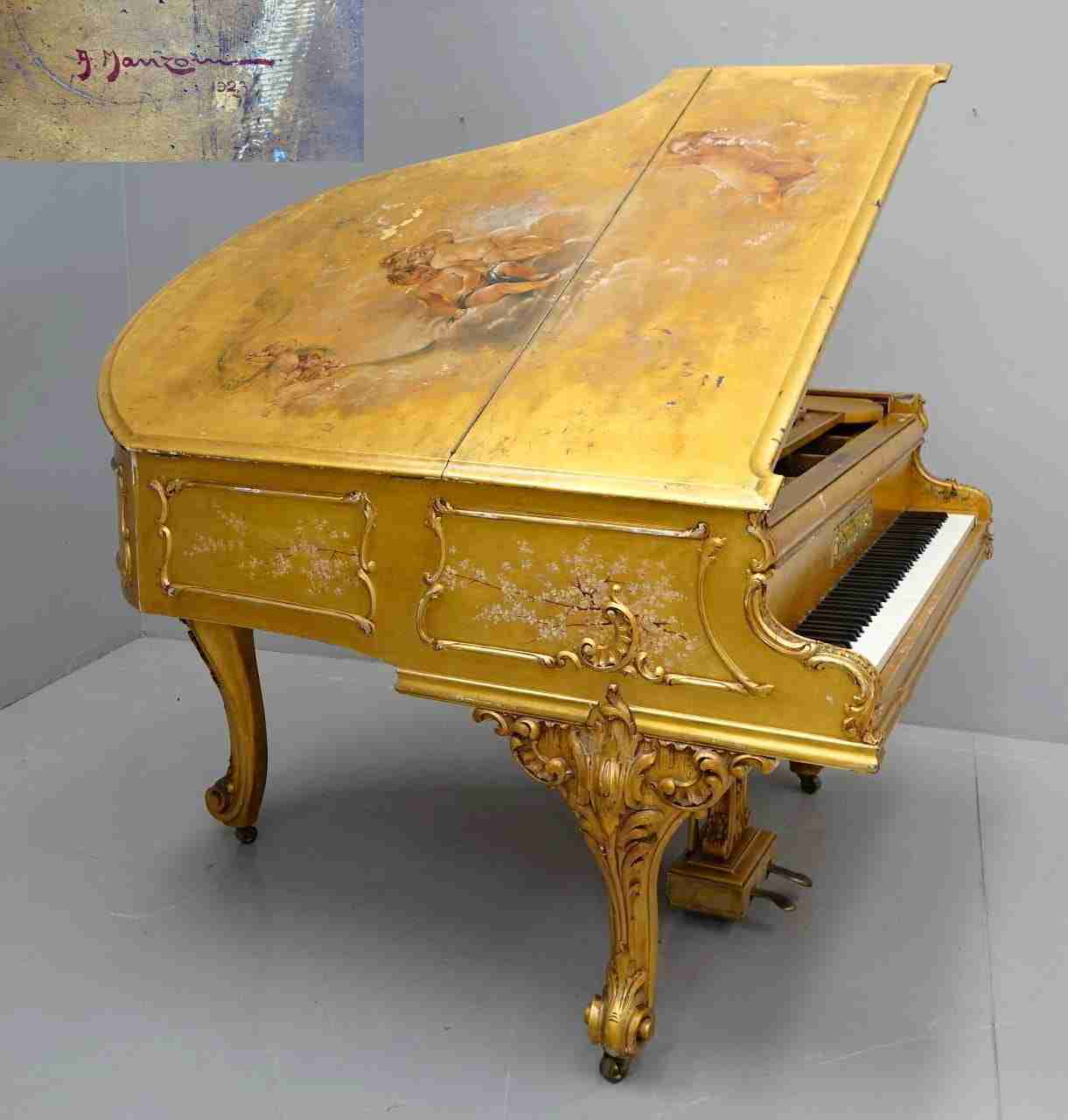 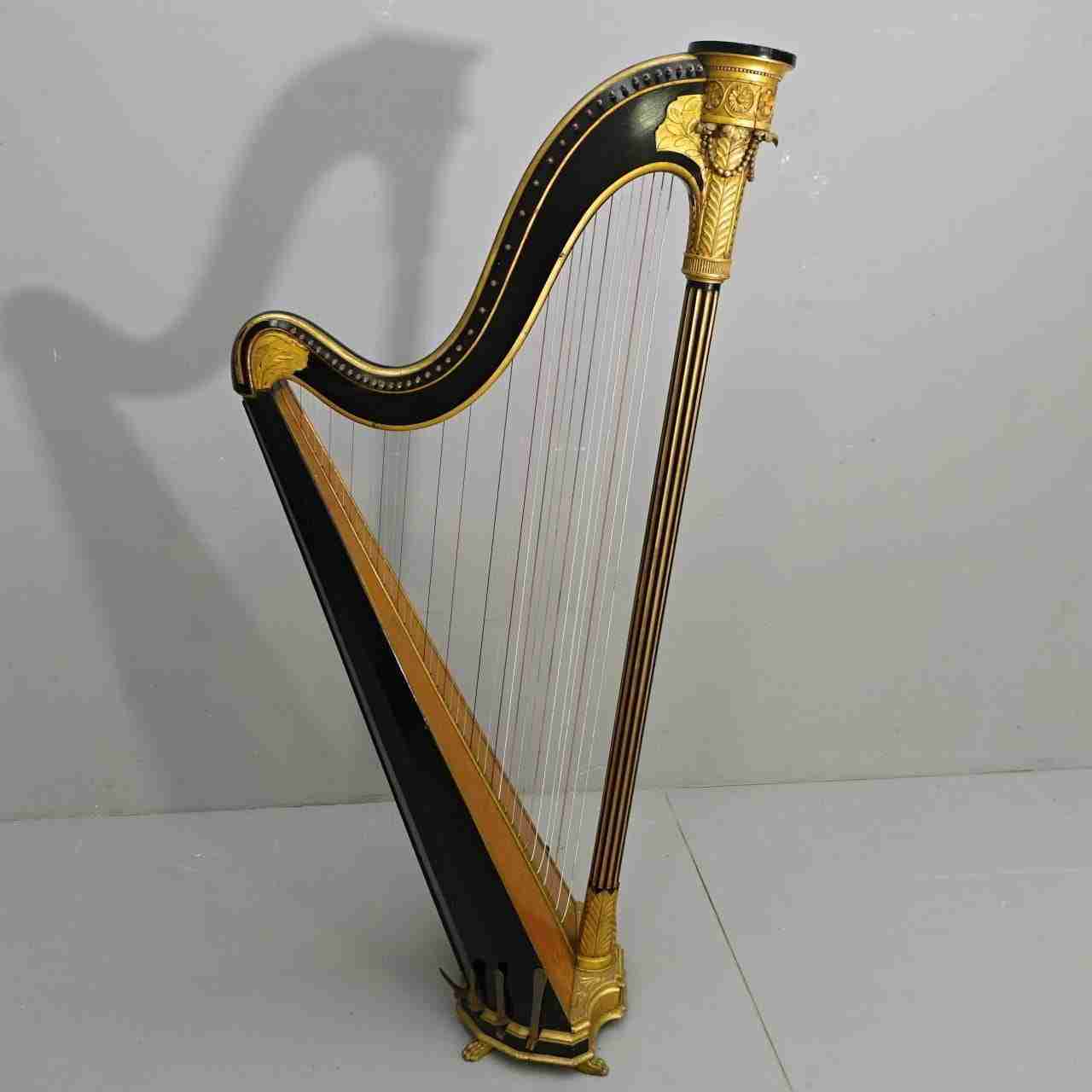 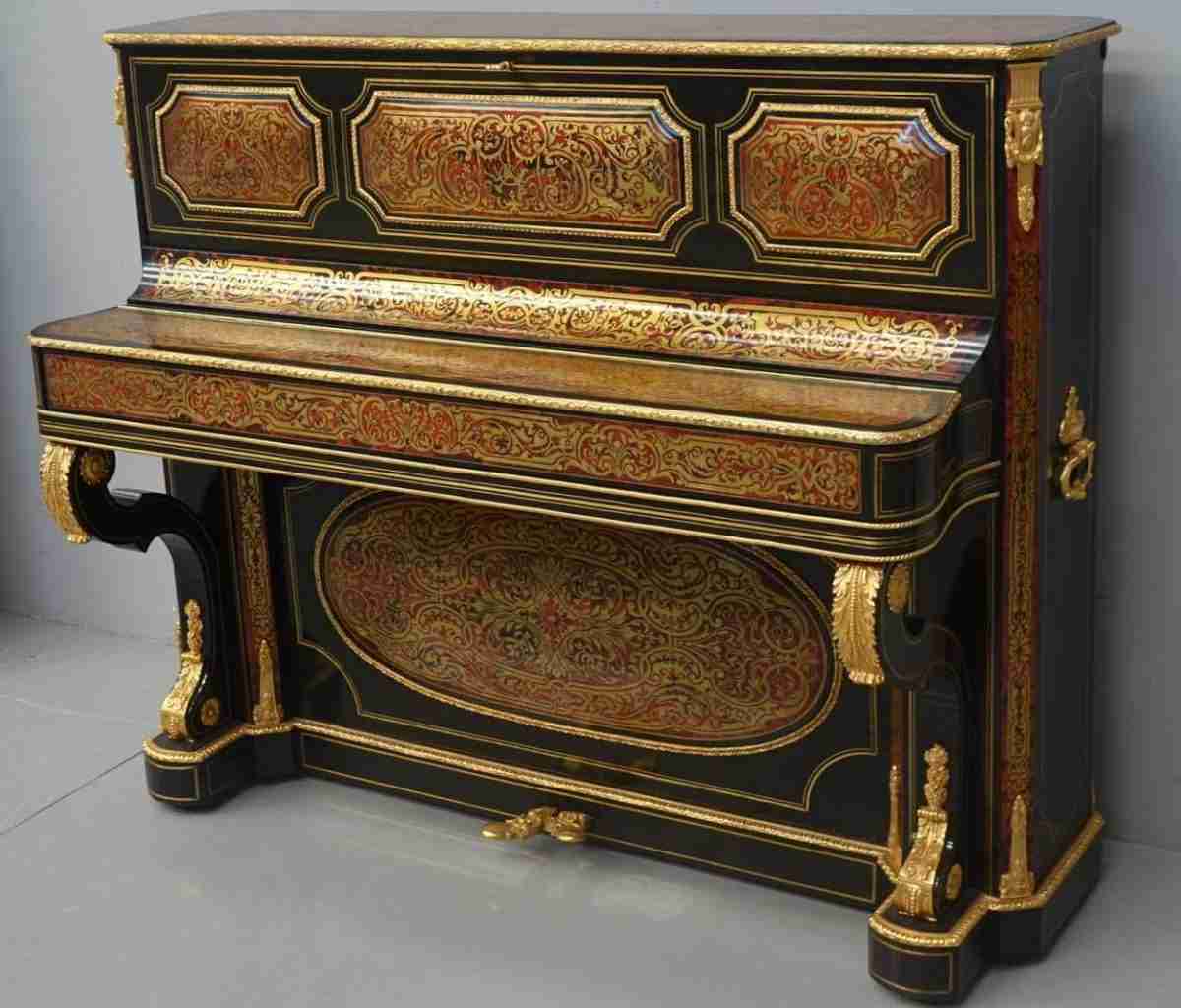 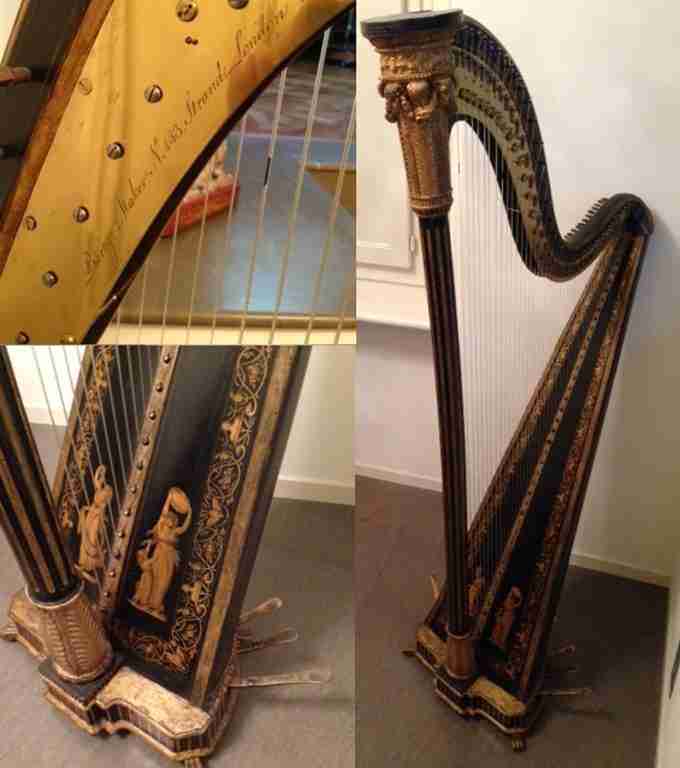 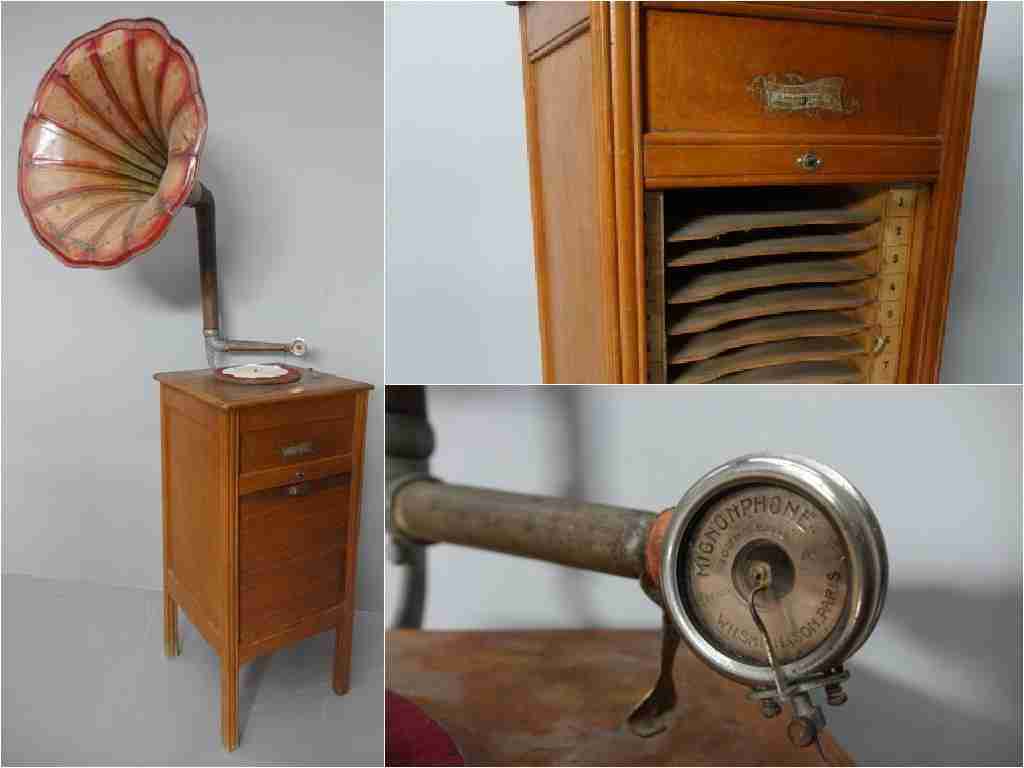 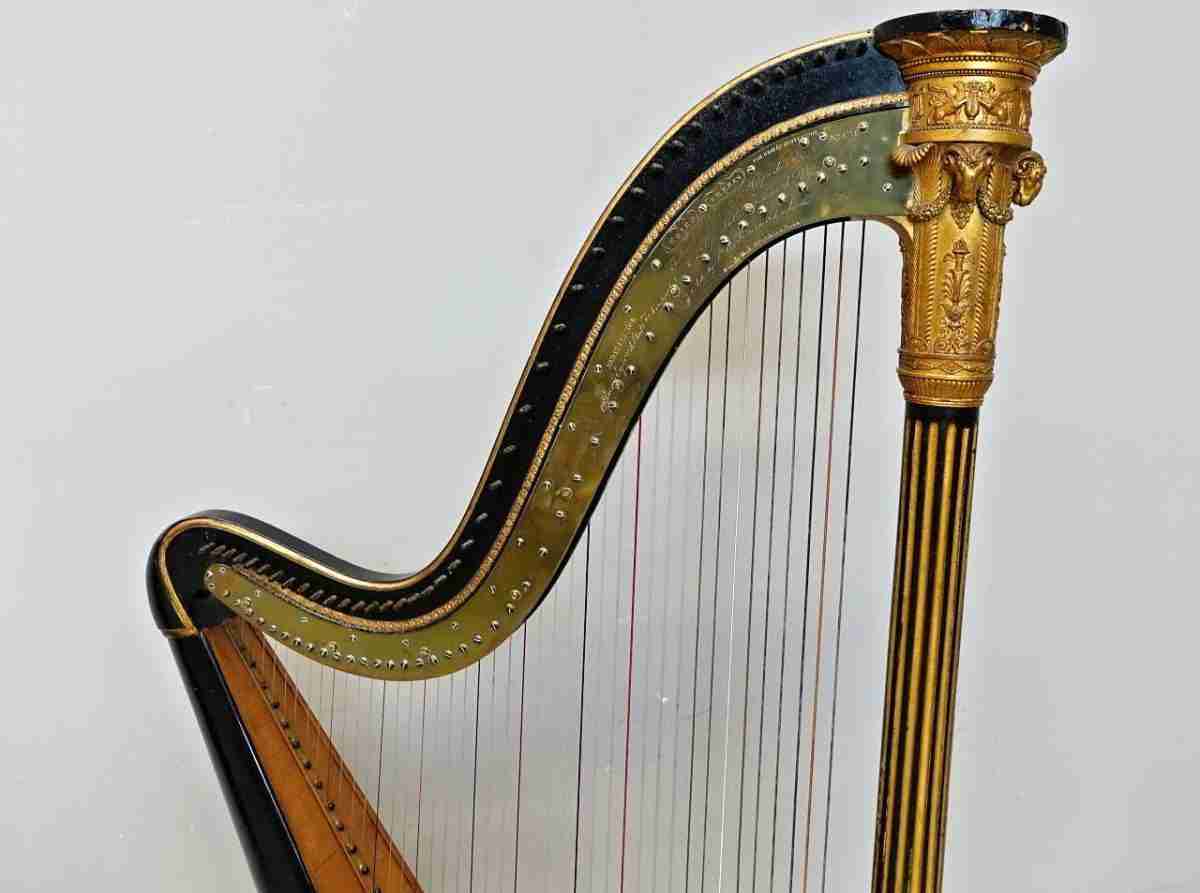 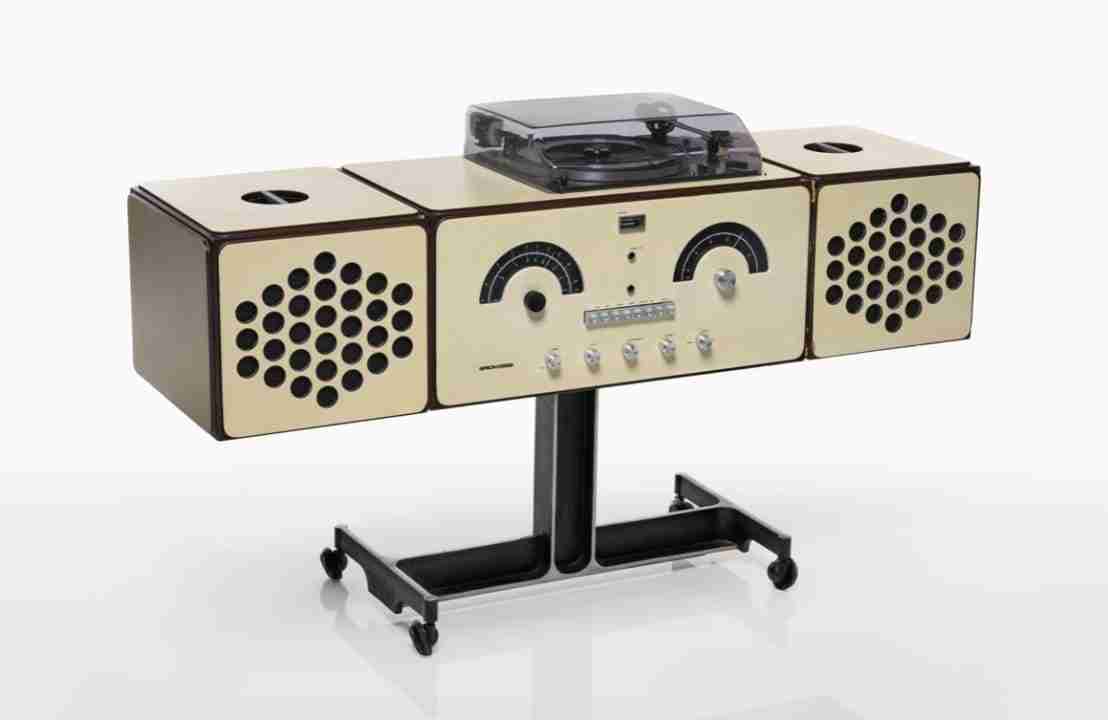 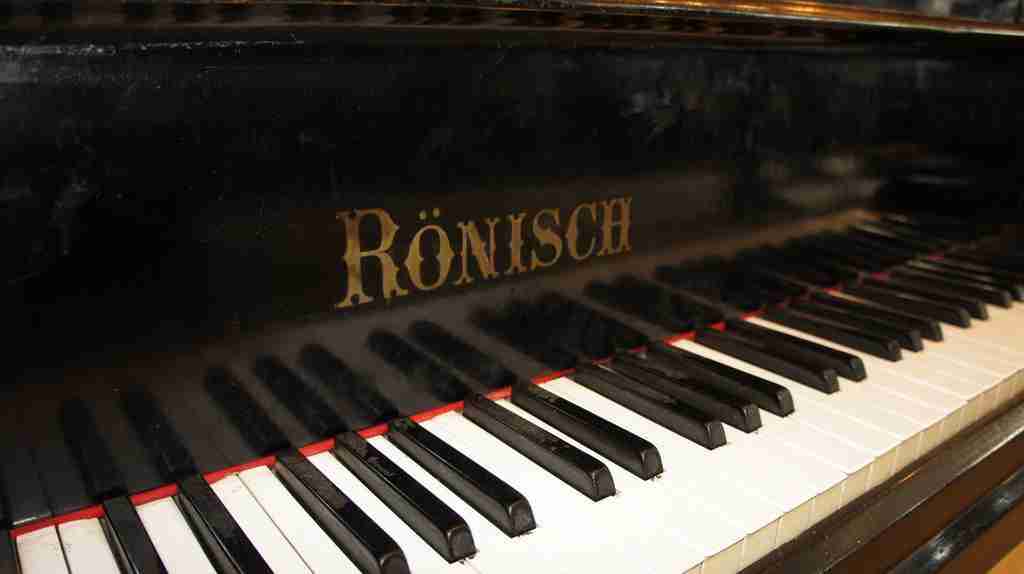 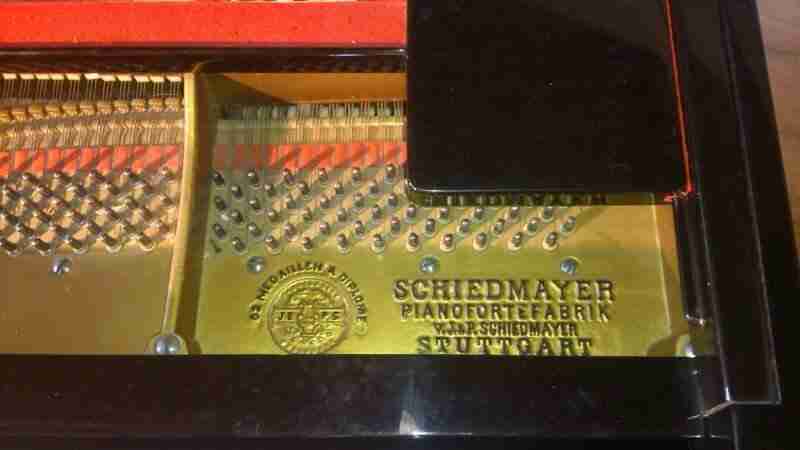 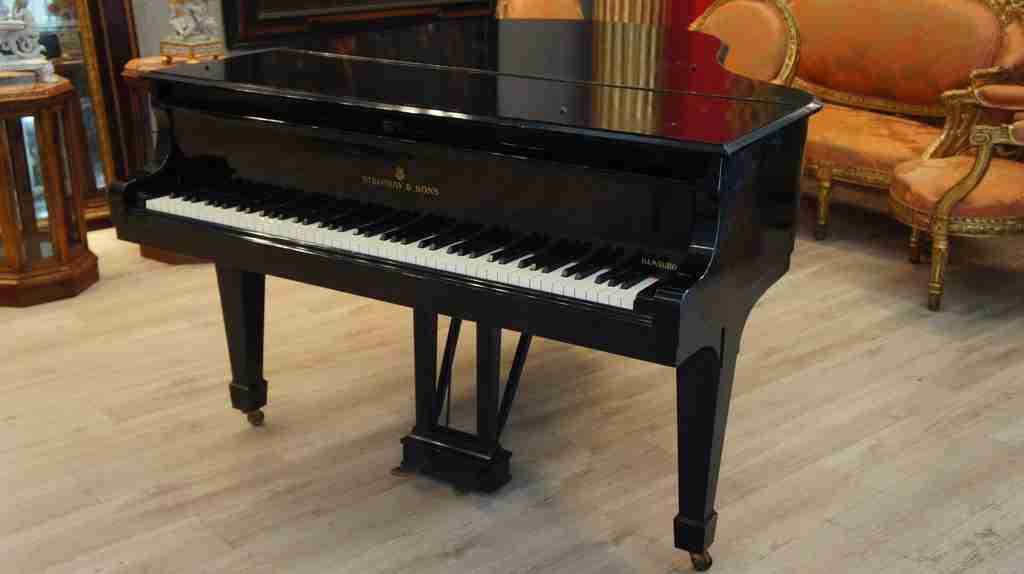 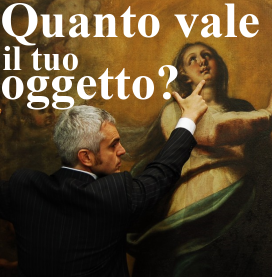 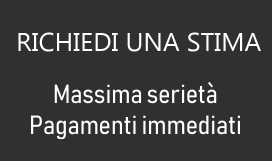 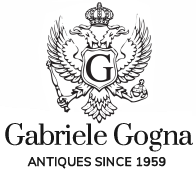